Below are suggestions for exploring these topics. They are organized by book. Feel welcome to print out the questions, and also the sample maps.

Under this set of ideas for talking about Israel are two other sections. One gives ideas for discussing Jewish concepts that the Milk & Honey books illustrate.
The final section suggests psychological issues that children find interesting to talk about.

Sandy beaches stretch the full length of Israel’s lovely Mediterranean seacoast. One sunny morning Jonathon and his family enjoy the beach. Jonathan builds a sandcastle. His sister Gali is swimming. But when Jonathan wants to join Gali, the waves scare him. Who will help him? That’s when Jonathan learns about G-d. 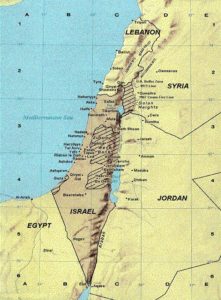 Map is courtesy of www.templebuilders.com/maps/politicalhtm.htm 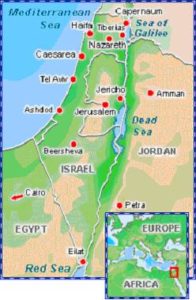 Boris is a new immigrant to Israel, and new to the kindergarten class. The children in his class talk to him, but
Boris turns away. He doesn’t yet speak Hebrew. The children try to play with him, but Boris plays only by himself.
The children gradually stop trying to be nice to him, until one boy’s father gets called up for army duty. Feeling
sad himself, this boy begins to see Boris in a new way.

Lon Lon, a little sand fox, was born in the Negev the desert of Israel and lived inside a burrow with his family.
One night he was allowed to go outside for the first time.

Lon Lon stepped out from the burrow. He began to play, when suddenly he found himself alone in them idle of the
desert, far from his home and family! That was the beginning of Lon Lon’s big night.